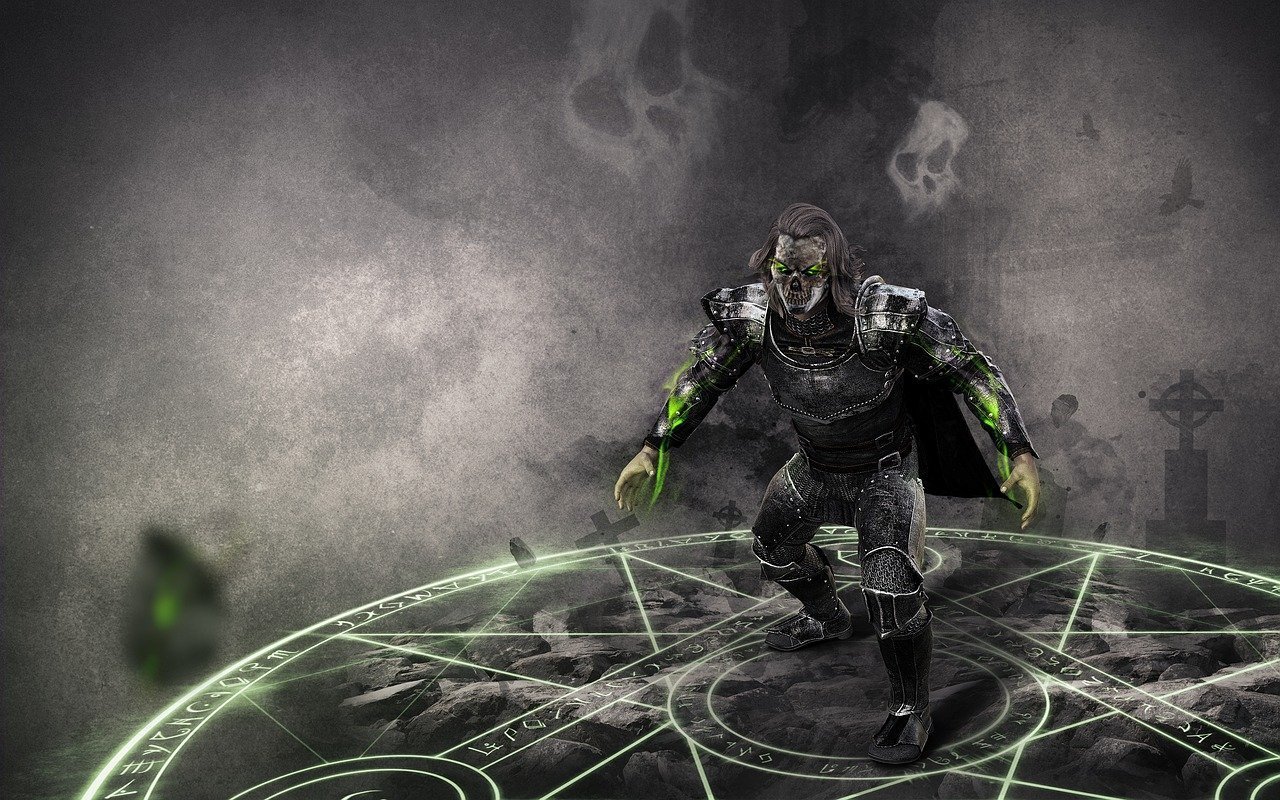 Here we are, at part 3 in our series on Villains. So far we’ve made a memorable villain, and gave them a cause. The next step is to ensure that the players get to see your new creation, and to have them become invested in their downfall. But this hardly happens after just one meeting. In order to set the stage, we’re going to be needing a recurring villain!

Of course, not every villain is made equally. There are plenty of end of session bad guys that need little introduction if any at all, but this article isn’t about them. This is about those that help define the story. Now it’s enough prepping the baddie, let’s introduce them to the players!

The villains introduction can take a variety of forms, the most obvious being the villain outright announcing themselves as the villains. Though it’s a very straight-forward approach, it usually works surprisingly well in the case of Tabletop RPG’s. It clearly sets up a foe, and let’s the players know to pay attention to this character. The best example of this is obviously Team Rocket. Prepare for trouble!

Another way to introduce them, could be as a hidden enemy. This is someone in the shadows, and keeps their personal identity hidden. The party will have the mystery of “who actually is this bad guy”. As with all things, there are better and worse ways of handling this as well. Personally, I like enemies that are hidden in plain sight, as opposed to truly unknown villains.

Emperor Palpatine is both a good and bad example of both of these  (albeit from different trilogies). In the original Star Wars trilogy, he was just a regular hidden enemy. The Emperor is hardly mentioned or shown on screen before Return of the Jedi. In the first two movies he’s only got a whopping one minute of screen time! For the audience, this is enough of a teasing for you, the audience member. to become invested in this bad guy. But in Tabletop RPG’s, the characters are the audience. There is no direct contact between him and Luke (or the other heroes) before their final clash, which in terms of gameplay is oftentimes anti-climactic. Alternatively, when you look at Darth Vader, he’s been present and interacting with the other characters for more movies. He inspires more malice, and is more compelling due to the investment of their interactions.

Alternative if we take a look at Senator Palpatine, in the prequel, he is the “hidden in plain sight” villain. The audience at this point will already know who he is before his first introduction. The characters, however, do not. Palpatine maneuvers the heroes in ways that benefit him and further his plans. In this case, when Palpatine executes Order 66 the characters become aware of his plan. Though this is his reveal as a villain, it’s not his introduction.

The final way is a bit more involved, and has to happen somewhat organically. This is when the villain is created alongside the heroes. Oftentimes, the character is an ally or friend of the group’s, occasionally running into them. However, somewhere along the way, their ideals and goals shift, leaving them on opposite sides of the same battle. One of the most iconic depictions of this is Harvey Dent, a.k.a. Two-Face from the Dark Knight. In his own words:

“You either die a hero, or live long enough to see yourself become the villain.”

In order to have repeated clashes, you need two aspects. There needs to be a reason that the party and the BBEG continue to meet, and there has to be a reason as to why the conflict isn’t brought to a resolution early. Let’s face it, if it’s a final stand off, that likely means you’re not going to be seeing them again, which is directly opposed to that “recurring” part. Now, not every encounter needs to be a combat encounter. If the villain is overwhelmingly powerful, this can stop the heroes from attacking, but it presents another problem. Why doesn’t the villain end the heroes lives now, to remove the threat later down the line.

This is one of the most compelling questions to me. Why do they let the heroes live? One way of keeping them around is by having the villain need the heroes to complete their plan. Maybe there’s a magic ritual that needs the blood of a certain bloodline, belonging to one of the heroes. It could even be for sentimental reasons, perhaps the villain knew you from before, or even a relative, and keeps you alive for their own reasons. Of course there’s the ever popular “You are no threat to me, I will let you live” mentality that happens so often in children’s cartoons as well. Famous last words anyone?

Other times, anytime they meet, you know somethings going down. In these cases a block to the action could come in the form of an external factor. In Harry Potter, both his and Voldemort’s wands were considered twins and would refuse their owner from killing the other. Voldemort has always been out to kill Harry, but something is always getting in the way. In TTRPG’s this kind of action can be especially compelling, but bringing this up leads me to a tangent I have to take before continuing.

Always be prepared for Death

Now it’s time to have your players meet the brand new BBEG! However, much like with any other villain, you have to be prepared at any time for their verbal jabs to turn into a life-or-death brawl. Which brings up a good point of Tabletop RPG’s in general. Never have your players meet anyone face-to-face that you aren’t fully prepared to have killed.

Let’s face it: Players can roll ridiculously well, and can take actions that you could not predict. And after a few Natural 20’s and exchanging a few blows, your BBEG may be down for the count before they even got started. But, in reality, this is what makes Tabletop RPG’s great! Your players are able to take the most agency, forging their own path within the world that you’ve built! However, if you wish to avoid this, you may want to have them talk through a proxy, instead of face-to-face, or at the very least have redundant escape plans 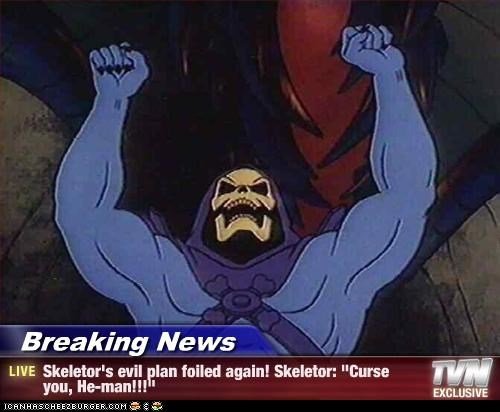 Escape plans are a trope for a reason. Just like you may not be able to expect your players reactions to situations you put them in, the villain may be taken by surprise by the heroes actions. Just remember that before it’s time for the end-all fight to have at least two viable escape plans for the villain to use to escape. Why the redundancy? Because, your players may decide to pursue your BBEG down when they have the advantage.

However, the standard “Quick, run away” this isn’t something that you want to pull out of your hat too often. From your players perspective, there’s nothing more frustrating than being denied the win that you knew you had. It’s best to keep these ideas out-of-the-box. Consider how superhero bad guys will often use the hero’s family or loved ones as leverage during their escape. It creates a “Kill me or Save them” trade off, that force the hero’s hand.

Well, today’s article turned out quite a bit more conversational than how-to, but that’s okay. There are a lot of different paths that a GM can take to introduce and reintroduce their long-term antagonists, you can try exploring them all.

The final article in 2020’s Villain series, how to play a big bad, will be coming in two weeks!

How else do you run recurring villains? 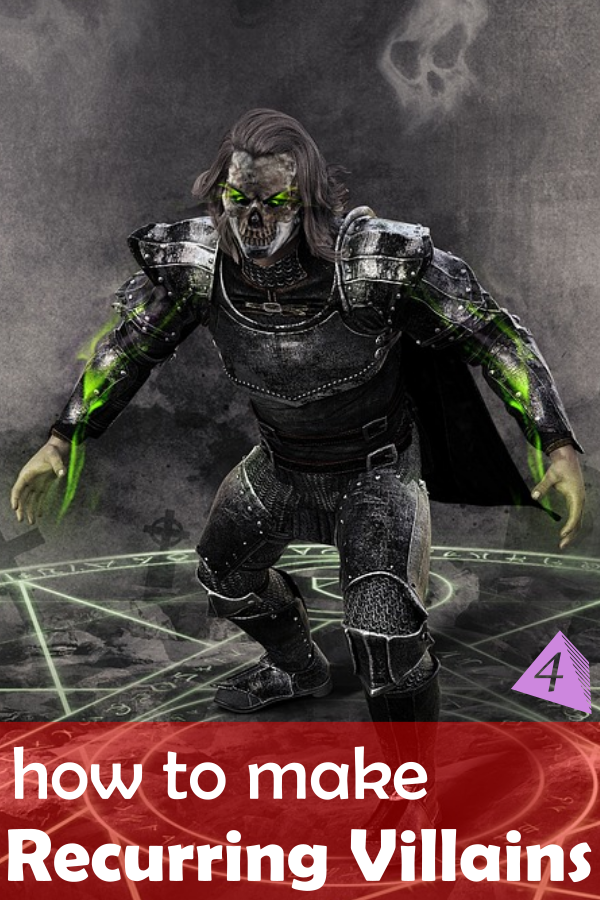